Oliv, a Dubai-based career platform connecting employers with youth talent, has successfully raised US$2 million in a Series A funding round led by the Aloshba and Alnamlah Family Groups in Saudi Arabia, and Mohammed Khoory in the UAE.

Launched in 2014 by Jean-Michel Gauthier as InternsME, the startup is driven by its mission to tackle youth unemployment in the region using technology to connect youth talent with employers. While the platform started out focusing on only internships, it has since grown its scope to include traineeships, part-time jobs, full-time careers for new graduates and volunteering opportunities. In April 2018, the team rebranded to Oliv, catering to all entry-level jobseekers, with its tech platform getting a boost too. It also started building internship and graduate programs for companies, crafting employer branding to help companies attract the best talent, as well as creating bespoke technology solutions for public sector clients, including government agencies.

The new capital infusion is aimed at being used for two primary purposes. The first is investing in intuitive technology to “deepen and personalize” each aspect of an Oliv user’s experience, so that the site embodies a personal career coach and youth engagement platform, rather than just a marketplace. Also on Oliv’s agenda is growing its international footprint and expanding its network to new markets. Having recently launched in Saudi Arabia, Gauthier says that the startup is also planning new country launches on a quarterly basis across Europe, the wider Middle East, and Asia.

In the online recruitment space, Gauthier notes how Oliv has achieved an approximate 70% success rate, following its hybrid approach of combining technology with a personalized service. “The opportunity we see is in continuing to disrupt the classical job board model, leveraging the latest tech, tailoring the user experience, and remaining laser focused on solving the problem of youth unemployment,” Gauthier explains. With the release of new product upgrades, the startup will also be rolling out its progressive web app to enable Oliv to be a cross-platform app with the same sleek and seamless experience on web, Android, and iOs, both on desktop and mobile. 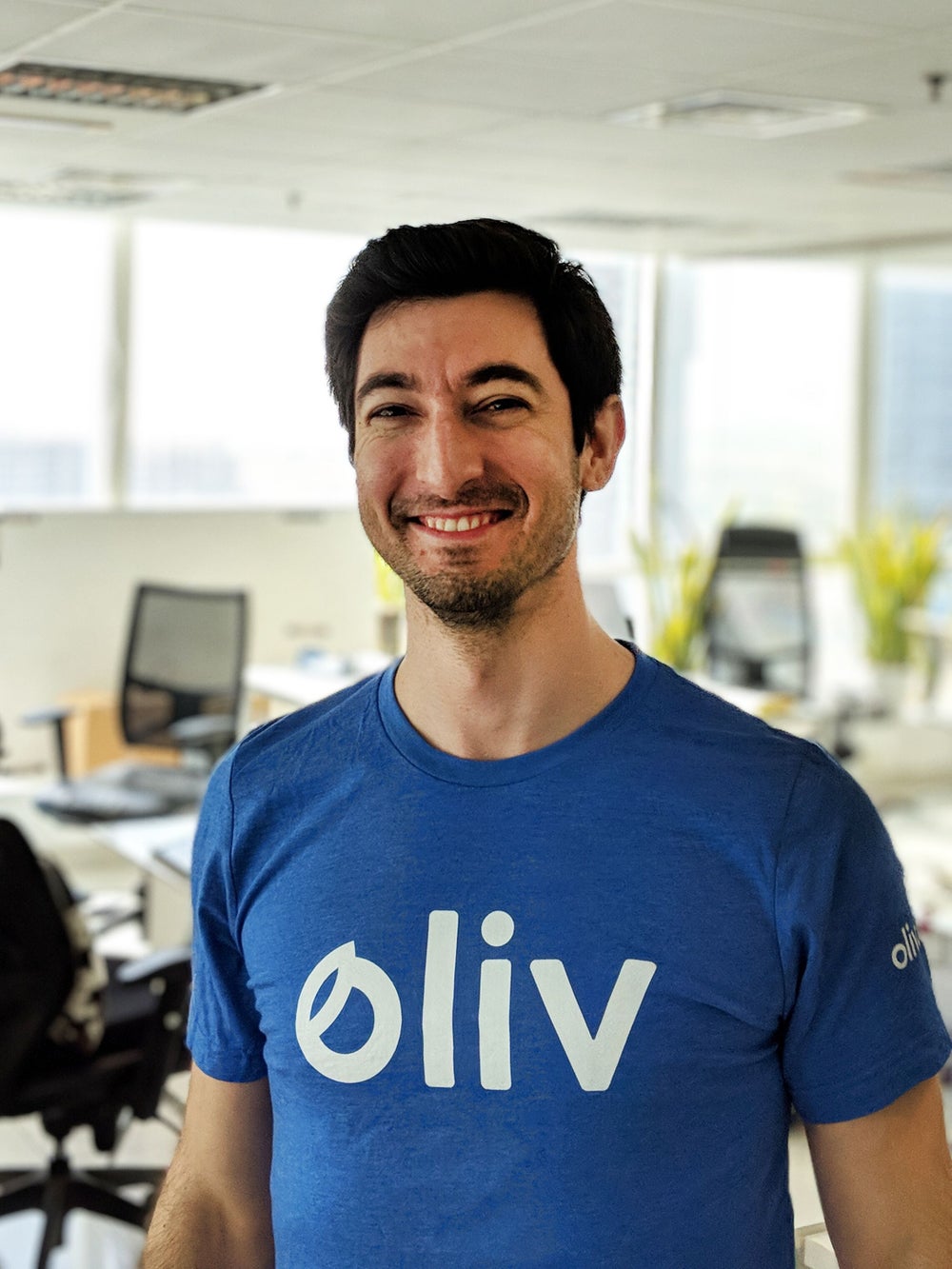 Commenting on the fundraising process, Gauthier credits Oliv’s partners and existing shareholders for connecting the enterprise to its new investors: “A warm intro makes a huge difference versus a cold outreach.” The process was straightforward, with Gauthier noting that the three large family offices were the right growth partners for Oliv, as their visions were aligned, and they’d be able bring add value beyond monetary capital. “We’re fortunate to have active investors who not only fully believe in the economic opportunity of enabling youth careers, but who also represent the very definition of ‘smart capital,’” Gauthier says.

As for the investors, Ghassan Aloshban of Aloshban Family Group points out that it was Oliv’s rank amongst the youth employment category, along with its growth on revenues earned and registered candidates, that made the firm want to invest on the startup. Plus, Oliv’s tech and service offerings that are scalable. “Significant research into the behavior and preferences of the youth jobseeker through focus groups and iterative analysis of users’ behavior on the platform have led to Oliv’s current state today,” Aloshban notes. Besides that, the majority of Oliv’s users are applying for their first jobs, while most global and regional platforms have an average user age of more than 30 years- as such, Oliv has been built for the needs of the GCC youth in mind. This, Aloshban says, has also been a defining factor driving his firm’s investment, as Oliv’s mission is in line with the investor’s goals for social and economic impact. In terms of advice for startups seeking investment, Aloshban says entrepreneurs need to always consider their business’ capital pipeline, and also be wary of underestimating the timeline of raising funds. “The worst position to find yourself in as an entrepreneur is pitching your company from a point of desperation with your cash about to run out. This can often lead to down rounds and/or accepting really unfavorable terms.” The key, he says, is to always be on the lookout to meet potential investors and build a narrative, regardless whether you’re raising capital.

From Gauthier’s perspective, as his startup continues to grow, he’s keen on having Oliv reach higher milestones. “How do we achieve 100,000 career placements, and then one day, 1,000,000 placements?” he says. On a day-to-day level, Gauthier says the Oliv team is looking at adapting their product for employers in various industries and geographies, where hiring practices and regulations vary. In addition, Gauthier says the team makes it a point to speak to users regularly, and build practical solutions that are iterated and improved based on feedback. Two-way communication plays a central role in Gauthier’s leadership approach as well. “I always make time to check in and listen to my team no matter how busy I get with other things, and in a more formal capacity, we run weekly one-on-ones with team members and maintain an OKR (Objectives and Key Results) system -based on Andy Grove’s High Output Management- to keep us all focused on what we need to achieve against which measures.” To ensure that the company is aligned with its long-term goals, Gauthier says he keeps in mind two things: “one, building a scalable solution that achieves strong product-market fit whilst, two, working to remove as many barriers as possible for our team.”